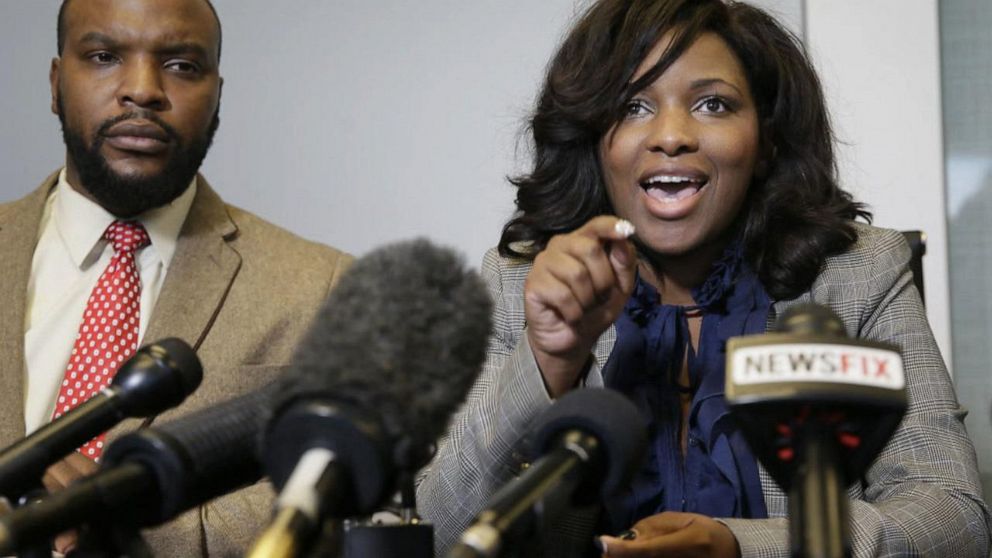 JEFFERSON CITY, Mo. -- Anheuser-Busch beer heiress Trudy Busch Valentine on Tuesday announced her candidacy for U.S. Senate, shaking up what has been a low-profile Democratic primary in a solidly red state.

Busch Valentine's announcement comes amid widespread calls from Republicans for Eric Greitens to drop out of the race after the Republican former governor's ex-wife accused him of physically abusing her and one of their kids.

The latest scandal renewed Republican concerns that Greitens could win the crowded GOP primary but emerge a damaged candidate in the general election, threatening the party's chances of keeping what should be a relatively easy win for Republicans.

Some Democrats already are positioning the race as everyone else versus Greitens. In a Monday announcement dropping out of the Democratic primary, former state Sen. Scott Sifton endorsed Busch Valentine and called on other Democrats to unite behind her as “the best chance to win in November.”

“Assuming that Eric Greitens is the Republican nominee, then that makes for a clear contrast in efforts to highlight allegations of abuse against Greitens and his treatment of his family,” he said.

Busch Valentine, a 64-year-old registered nurse, described herself as still being a “nurse at heart” in her campaign announcement.

She's a widowed mother of six and said the death of her eldest son from an opioid overdose in 2020 in part motivated her to run for office.

“Matt’s death brought so much sadness,” she said in a video announcing her candidacy. "But it also reignited the passion in me to make a positive difference for others, this time on a larger scale.”

Kunce, considered the Democratic frontrunner, had raised the most of any Missouri Senate candidate as of the end of last year. His campaign on Tuesday painted him as the outsider candidate and took a dig at Busch Valentine's inherited wealth.

“Missouri deserves a warrior for working people, a proven patriot who’s served his country, who has the courage to stand up to criminal politicians, corrupt elites running massive multinational corporations, and billionaire heiresses who have been stripping our communities for parts,” Kunce campaign spokesman Connor Lounsbury said in a statement. "Lucas Kunce is that warrior.”

Kimball said whoever the Democratic nominee is will face an uphill battle in Missouri, where Republicans now dominate statewide politics.

Busch Valentine, daughter of the late chairman of the Anheuser-Busch Companies, described herself as an independent candidate open to talking to people with different viewpoints, although she didn't go into much detail on her political agenda.

“Most Missouri families include Democrats, Independents and Republicans. Mine sure does,” Busch Valentine said. “But it seems we've lost our ability to be understanding and compassionate for each other. We have so much more that unites us than divides us. We just need to talk to each other again.”

Busch Valentine has raised money for Democrats and hosted a fundraiser for former Secretary of State Hillary Rodham Clinton's presidential campaign in 2015. She gave $5,400 directly to Clinton's 2016 campaign and another $33,400 to a pro-Clinton political action committee.

This story has been corrected to show Kunce's first name is Lucas not Lance.

Staff Reporter 4 days ago
previous post next post
We use cookies to ensure that we give you the best experience on our website. If you continue to use this site we will assume that this is acceptable. Ok