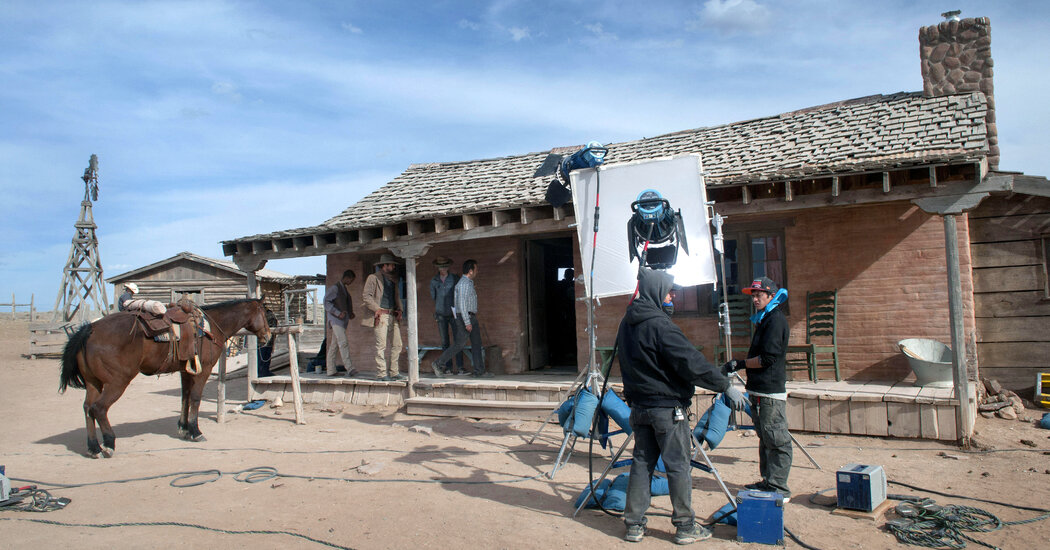 From Westerns to ‘Stranger Things,’ Hollywood Is Big Business in New Mexico

U.S. | From Westerns to ‘Stranger Things,’ Hollywood Is Big Business in New Mexico

Streaming giants like Netflix and NBCUniversal are turning New Mexico into one of the country’s most coveted production hubs. 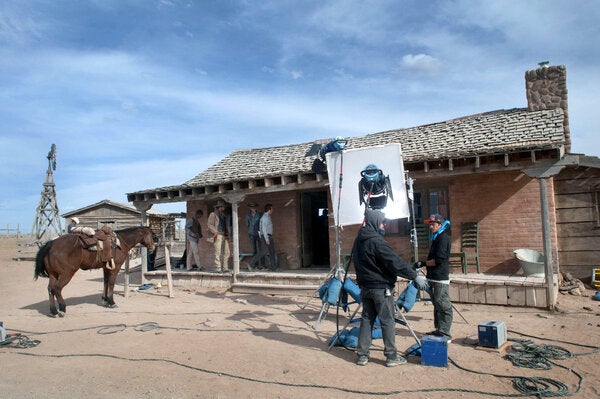 Filming the movie “Justice” at the Bonanza Creek Ranch near Santa Fe in 2016. The state has also been home to television shows like “Breaking Bad.” Credit... Eddie Moore/Albuquerque Journal/ZUMA, via Alamy

ALBUQUERQUE — When the makers of “Stranger Things” were scouting for locations this year, they zeroed in on one of the most sought-after hubs in the United States for new film production: New Mexico’s high desert.

Never mind that much of the sci-fi thriller’s new season is set in a fictional Indiana town and the former Soviet Union. The sizzling growth of New Mexico’s film industry made it a no-brainer for Netflix to shift significant portions of production to the state from Atlanta.

“Coming out of the pandemic, studios are looking to create again,” said Ivan Wiener, 51, a former assistant to the actor Dennis Hopper who operates a concierge service at the Albuquerque airport for actors and executives from Netflix and other studios. “Albuquerque seems to be the best place to do that right now.”

Alec Baldwin’s fatal shooting of a crew member on the set of a film in Santa Fe County on Thursday has drawn attention to New Mexico’s emergence as a production hub where streaming giants, including Netflix and NBCUniversal, are ramping up investments.

The growth reflects decades of efforts to reduce the reliance of New Mexico, which is one of the poorest states and has consistently high unemployment figures, on taxes and royalties from oil production, which account for about a third of its annual budget even as the state’s leaders try to nurture cleaner sources of jobs.

About 20 years ago, New Mexico began aggressively using tax incentives to lure productions from California, Texas and other states. While New Mexico’s filmmaking tradition stretches back to the late 19th century, the decision in 2006 by producers of the crime drama “Breaking Bad” to relocate from California’s Inland Empire helped set off an industry resurgence in the state.

Since then, the competition among streaming giants has fueled a production boom in Albuquerque and other New Mexico locations. Industry leaders cite New Mexico’s large pool of local union crew members and proximity to existing studios in California, along with generous and sometimes politically contentious incentives, as reasons for the growth.

Even after the coronavirus pandemic shut down filming for months on sets around the country, New Mexico broke its own records for film and TV production spending, reaching about $623 million in the fiscal year from July 2020 to July 2021, according to the New Mexico Film Office. State officials say that about 9,000 residents work in the industry, with an average annual wage of about $56,000.

The dozens of new productions in the state include a range of genres, from Clint Eastwood’s “Cry Macho” to “Surrounded,” about a female Buffalo Soldier disguised as a man, and “Better Call Saul,” the prequel to “Breaking Bad.”

While an array of large studios and independent producers recently wrapped productions in New Mexico, Netflix is responsible for much of the growth in the state. After buying the production complex ABQ Studios and committing in 2018 to spend $1 billion in New Mexico, Netflix went further in November 2020, announcing plans to expand operations and invest an additional $1 billion.

Similarly, NBCUniversal opened an 80,000-square-foot production studio in July in what had previously been a vacant beer and wine distribution warehouse in Albuquerque’s Martineztown area. Located near downtown, the studio is expected to employ about 330 people.

Still, these ambitious projects come with their own costs. In 2019, New Mexico increased incentives, with the state now offering a rebate ranging from 25 percent to 35 percent of in-state film production costs. Cities like Albuquerque and Santa Fe also offer their own incentives in the race to lure productions.

The budget and accountability office of New Mexico’s Legislature recently warned that new production commitments by Netflix alone could raise tax credit payouts by tens of millions of dollars a year as the streaming giant expands operations.

As recently as 2019, Gov. Michelle Lujan Grisham, a Democrat, overcame criticism from budget hawks in both parties to enact legislation expanding the incentives while paying off as much as $225 million already owed to the film industry.

Quarreling about the incentives has become a regular feature in the Legislature, with some Republicans likening them to giveaways to Hollywood executives. But New Mexico’s politics — which lean much more to the left than those in neighboring Arizona or Texas — have also played a role in the industry’s growth.

For instance, “Barb and Star Go to Vista del Mar,” a comedy starring Kristen Wiig that was released this year, shifted production to Albuquerque from Atlanta in response to a Georgia law that sought to prevent doctors from performing abortions after six weeks.

New Mexico’s governor, by contrast, signed a law this year that strengthened abortion rights in the state out of concern that the Supreme Court would overturn Roe v. Wade.