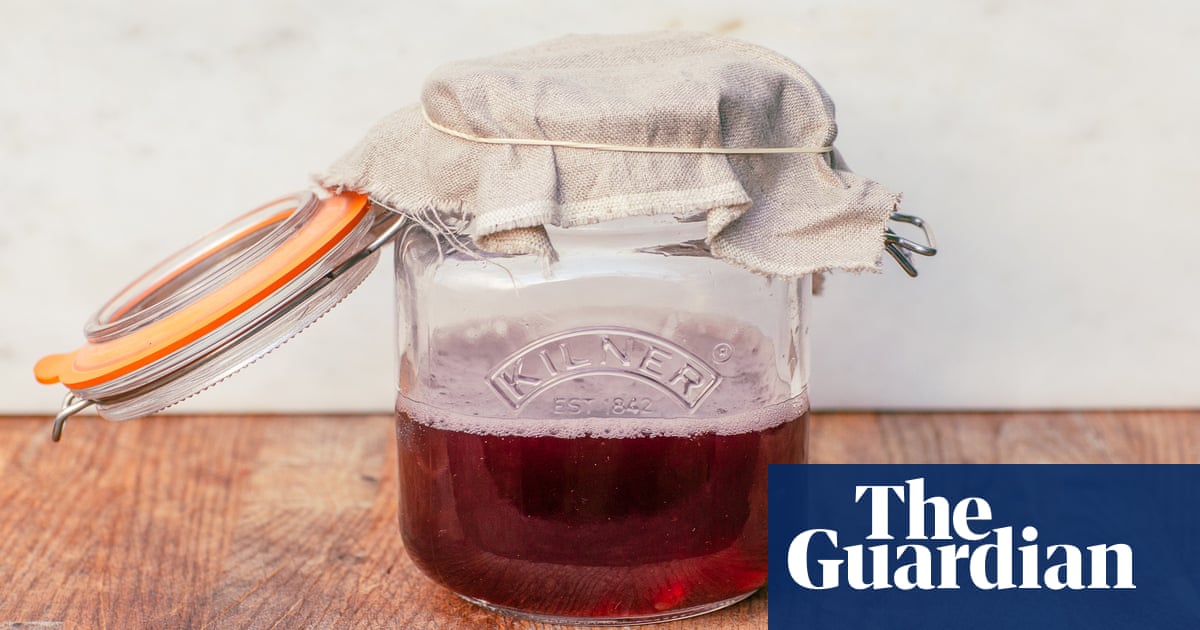 How to turn leftover alcohol into vinegar – recipe | Waste not

“Vinegar can be made from any fermented alcohol or solution of fermentable sugars,” says the fermentation expert and author Sandor Katz, whose recipe in his book The Art of Fermentation I have adapted here. “The word vinegar comes from [the French] ‘vin-aigre’, which means ‘sour wine’. That’s why people don’t like to drink the dregs of wine, because after 24 hours they start to turn vinegary.”

Katz explains how simple it is to make vinegar: “Take leftover wine, and put it in a jar that gives it a high ratio of surface area to volume” – in other words, in something that’s not full all the way to the top. “And make sure it has good access to oxygen: put a cloth over it and the process will just happen. It will happen faster if you add some sort of vinegar starter, but you don’t really need to do that, because the acidobacteria are everywhere.”

Katz recently brought out a new book called Sandor Katz’s Fermentation Journeys that is full of wonderful stories and recipes from around the world, as well as all sorts of traditional fermentation techniques. Fermentation is a vital tool that can help prevent food waste through preservation.

For a better success rate, I’ve included vinegar with its mother (AKA raw live vinegar) in today’s recipe, but Katz assures me that it isn’t necessary and that vinegar can be made simply by leaving alcohol to oxidise. Dregs of leftover wine will make wine vinegar, cider will make apple cider vinegar and beer malt vinegar; mixtures work, too. Buy vinegar with the mother at big supermarkets or online, and once you’ve made one batch, keep some aside with the mother to seed your next batch of vinegar without any extra outlay at all.

Live vinegar with the mother is a highly valued food product, and, considering how easy it is to make vinegar, I’m going to start making a continuous batch at home using leftover wine. Katz told me how to do this: “I have an Italian-American friend called Ricky Boscarino, who has a four- to six-litre cask with a little spigot and a hole at the top for making vinegar. If you have a bottle of wine at his house and there’s a bit left at the bottom at the end of the evening, he pours it into the cask. Then, when he’s making a salad dressing or whatever, he’ll just open up the spigot, release some vinegar and use that. He does this as a continuous process, rather than making it in batches.”

If you’re making wine vinegar, dilute the wine with an equal volume of water first, but cider and beer are fine just as they are. In a large, wide-mouthed jar, mix three parts beer, cider or diluted wine with one part vinegar with its mother. Cover the top of the jar with a piece of cheesecloth, seal in place with a rubber band, then store in a warm place – in an airing cupboard or near a radiator, say – and out of direct sunlight for a few weeks, until the gluey smell dissipates and the contents taste properly acidic. A film, or “mother”, will form on the surface, so once you’ve made your first batch, save this mother and enough vinegar as the base for your next batch. As soon as the vinegar is ready, decant into a sterilised bottle (or bottles), seal tightly and store in a cool place. Enjoy immediately, or store for six months (or longer) for a superior taste.