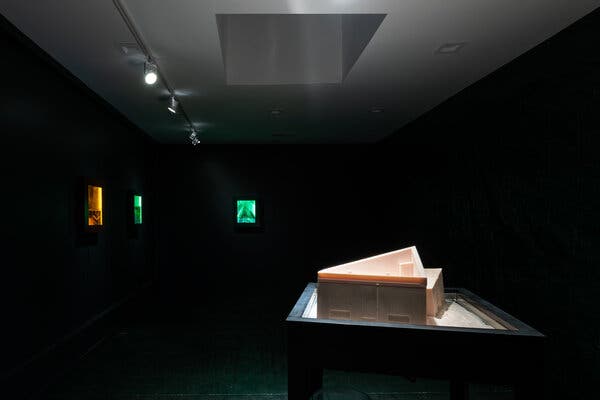 At LAXART in Los Angeles, the artist imagines an unmoored but romantic life in the post-climate change future. 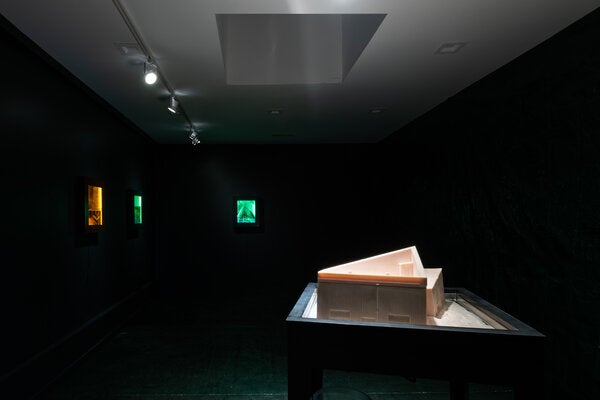 Josh Kline’s exhibition, “Adaptation,” at LAXART, with blunt warnings about the effects of climate change, confronts the existential questions of how we live.  Credit... Ruben Diaz

LOS ANGELES — When Josh Kline debuted his “Climate Change” series at the 2019 Whitney Biennial, the slick sci-fi work looked a little smug. The New York-based artist, who at 42 has pieces in the collections of the Whitney Museum of American Art, the Guggenheim and the Museum of Modern Art, is known as a political fantasist with a dyspeptic view of life under capitalism. A recent series of dirty, resin-soaked American flags shaped into televisions, for example, is meant to critique Fox News.

Even so, Kline’s apocalyptic vision of warming seas for the biennial had outdone itself for corporate-chic confidence: a series of eight tinted photos of emblems of U.S. power — San Francisco skyscrapers, the front desk of Twitter’s headquarters, a statue of Ronald Reagan — partly submerged in water in plexiglass cases and lit with medicinal ambers and greens. Pumps recirculated the water over the prints, erasing them slowly, like the washer in a darkroom or a hotel water feature or, maybe, liberal tears. The message was propagandistically clear: climate change is real; the water is rising; turn back the tide while you still can.

Staff Reporter 4 days ago
previous post next post
We use cookies to ensure that we give you the best experience on our website. If you continue to use this site we will assume that this is acceptable. Ok