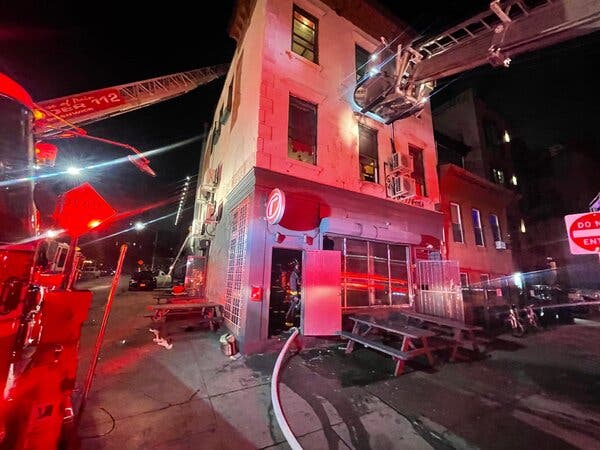 Man Is Charged With Arson in Fire at an L.G.B.T.Q. Club in Brooklyn

Prosecutors said John Lhota can be seen on security camera footage setting the blaze, which destroyed the club, Rash, and injured two workers. 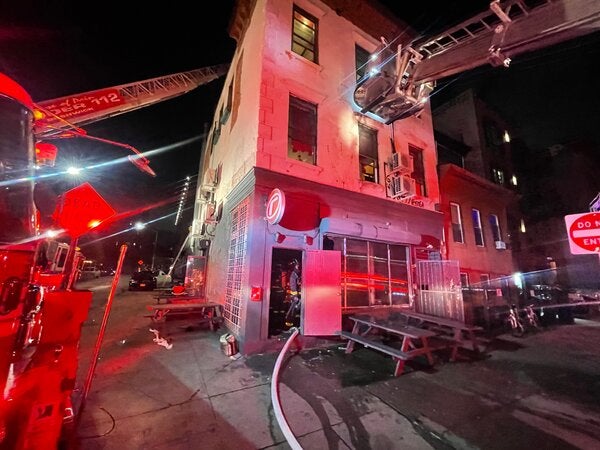 Rash, a nightclub in the Bushwick neighborhood, the night of the fire that John Lhota has been charged with setting. Credit... Jake Sillen

A man wearing jeans and a gray hooded sweatshirt leaves his Brooklyn apartment on a Sunday night. About 10 minutes later, he fills a gasoline canister at a service station. Ten minutes after that, he walks into a new L.G.B.T.Q. nightclub in the Bushwick section.

Over the next few minutes, he splashes gas around a passageway and a lounge area as a bartender and another employee go about their business, unaware of what is happening nearby. He throws a lit cigarette to the floor and walks off. When it fails to ignite, he tries again with what looks like a lighter. This time, he succeeds, setting off an explosion and fire.

The events, captured on security cameras and described in a federal criminal complaint, injured two employees and gutted the club, Rash. On Thursday, prosecutors identified a 24-year-old Brooklyn man as the one in the footage and charged him with arson in the April 3 fire.

Prosecutors did not offer a motive for the crime, and the man, John Lhota, was not charged with targeting the club because of its clientele. But in announcing the case against him, Breon Peace, the U.S. attorney in Brooklyn, said that “all LGBTQ+ New Yorkers should be able to enjoy their nights out in peace and without fear of such a dangerous attack.”

Mr. Lhota made an initial appearance in Federal District Court in Brooklyn on Thursday, where he pleaded not guilty and a judge ordered that he be detained. A federal public defender who represented him at the proceeding did not respond to a request for comment. If convicted, he faces up to 40 years in prison, prosecutors said.

Jake Sillen, an owner of Rash, expressed relief that someone had been arrested and charged with setting the blaze, which they said had “completely destroyed” the Willoughby Avenue business.

“We’re definitely feeling a lot safer over here,” Mx. Sillen said. “A few of us basically had gotten a hotel room and gone into hiding because we were sort of so afraid.” 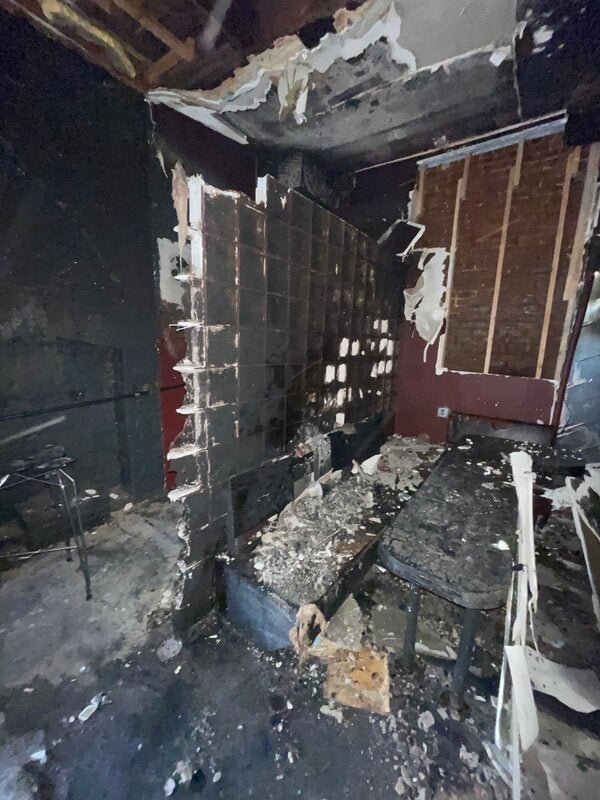 Jake Sillen, an owner of the club, said the fire had “completely destroyed” the place. Credit... Jake Sillen

Tyler Glenn was one of the two staff members who were injured in the fire, which happened on their first night working at the club.

“I had just gotten done with the cocktail training and the other bartender was like, ‘Oh, Tyler, go downstairs and get some beer and I’ll show you where we restock it,’” Mx. Glenn said.

Sign up for the New York Today Newsletter   Each morning, get the latest on New York businesses, arts, sports, dining, style and more.

It was while Mx. Glenn was downstairs that, according to the prosecutors’ narrative of events, Mr. Lhota entered the club and set it on fire. When they came back upstairs, they noticed that the air was much foggier than it had been just before.

“My thought process was like, ‘Oh, the smoke machine — they really turned it up for the party that’s about to happen,’” Mx. Glenn said. “I got up there and it’s hard to breathe. I turn and there’s just a giant fire.” They said their injuries, which included burns on their nose and lips, had begun to heal.

A witness who was across the street when the fire began described seeing a man matching Mr. Lhota’s description running off after rushing out a side door of the building, the complaint says. A nearby security camera also captured him fleeing and other cameras tracked him taking a roundabout route home, the complaint says.

Several days later, the complaint says, Mr. Lhota was arrested by the New York City police after a woman called 911 and accused him of assaulting her. She subsequently identified him as the arsonist shown in the security camera footage, the complaint says.

Mr. Lhota faces charges of strangulation, a felony, and misdemeanor assault and harassment in state court in Brooklyn in connection with the episode, court records show. A Legal Aid Society lawyer representing him in that case could not immediately be reached for comment.

On his LinkedIn page, Mr. Lhota identifies himself as a software developer and a graduate of Hunter College High School in Manhattan and Brown University, academic affiliations confirmed through online sources.

Although Mr. Lhota has not been charged with a hate crime, Mx. Sillen said it was difficult not to view the fire as a targeted attack.

“In the last couple of years it seems there’s no question that violence against queer nightlife has been on the rise,” Mx. Sillen said.

Mx. Glenn, who moved to New York from Florida in 2015, said the fire had made them think of the mass shooting at Pulse, a gay nightclub in Orlando, Fla., where a gunman with an assault rifle and a pistol killed 50 people and wounded 53 more in 2016.

“I remember when Pulse happened and how that really shook the community, and everything’s kind of changed there since then,” Mx. Glenn said. “That’s something that has always been in the back of my mind.”