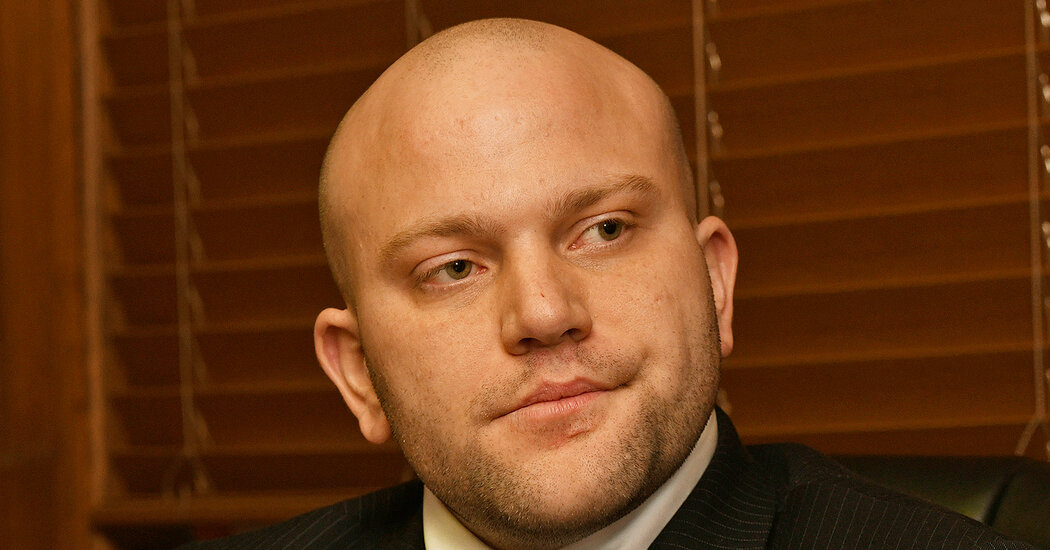 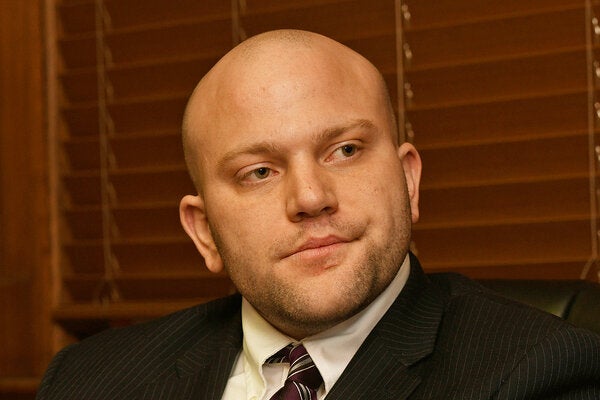 Jeffrey L. Thomas, a Republican who was elected in 2019 as the district attorney in Somerset County, Pa., was charged with rape on Wednesday, the police said. Credit... Todd Berkey/The Tribune-Democrat, via Associated Press

An elected county prosecutor in Pennsylvania who was charged on Wednesday with rape in connection with an attack on a woman in her home left the residence only after she promised not to call the police, the authorities said.

The Pennsylvania State Police said the Somerset County district attorney, Jeffrey L. Thomas, was charged with rape, indecent and simple assault, strangulation and criminal trespass in connection with the Sept. 18 attack in Windber, a borough that is about two hours east of Pittsburgh.

Mr. Thomas, 36, a Republican, was elected district attorney in 2019. His lawyer, Ryan Tutera, and a woman who answered the phone at the district attorney’s office on Friday declined to comment on whether Mr. Thomas would step down.

A State Police report said Mr. Thomas used Snapchat to message the woman, who was not identified, and told her that he would be at her home in a few minutes. She responded that he was not welcome in her home and he entered “by subterfuge,” carrying several cans of beer, the report said.

He handed her an opened can of beer, and when he did not leave as she told him to, she slapped him, the police report said. Mr. Thomas struck her face, causing her nose to bleed. He then pulled down her sports bra and choked her before biting her breasts and raping her, the report said.

The police said that Mr. Thomas had known the woman for years “in a professional capacity,” and that he had repeatedly contacted her “to initiate a sexual relationship,” which she declined. Mr. Thomas had arrived at her house on a previous occasion and walked in uninvited and would also “routinely drive around her residence,” the police report said.

Josh Shapiro, the Pennsylvania attorney general, said in a statement that the charges against Mr. Thomas were “deeply disturbing,” adding that “today is a reminder that no one is above the law.”

He also commended the woman for being brave enough to come forward. “That is never an easy thing to do, especially when your abuser is a powerful elected official,” he said.

The court proceedings may be unusual as the plaintiff, the Commonwealth of Pennsylvania, was set to be represented by the Somerset County district attorney’s office, which Mr. Thomas led.

Mr. Tutera said on Friday that all of the county’s magistrate judges would recuse themselves because of their previous work with Mr. Thomas’s office, and that the state might appoint a judge. Mr. Thomas had a preliminary hearing scheduled for Sept. 29, but Mr. Tutera said it would very likely be postponed.

Mr. Tutera said the woman drank beer and smoked marijuana with Mr. Thomas in her home, adding, “I think that there’s more to this story than meets the eye.” Mr. Thomas was released from jail on Thursday morning after posting $5,000 bail, Mr. Tutera said.

In October 2020, Mr. Thomas was cited in Cambria County, which is north of Somerset County, for disorderly conduct and harassment, WJAC-TV reported.

He used obscene language at a pizza restaurant and later threatened to “engage in a physical altercation” at a gymnastics gym, the television station reported. The status of those citations was not immediately available on Friday.

“Just because I am an elected official, I’m not supposed to get upset that my 5-year-old daughter’s birthday party gets screwed up,” he told the station in response to the citations. “That’s ridiculous.”