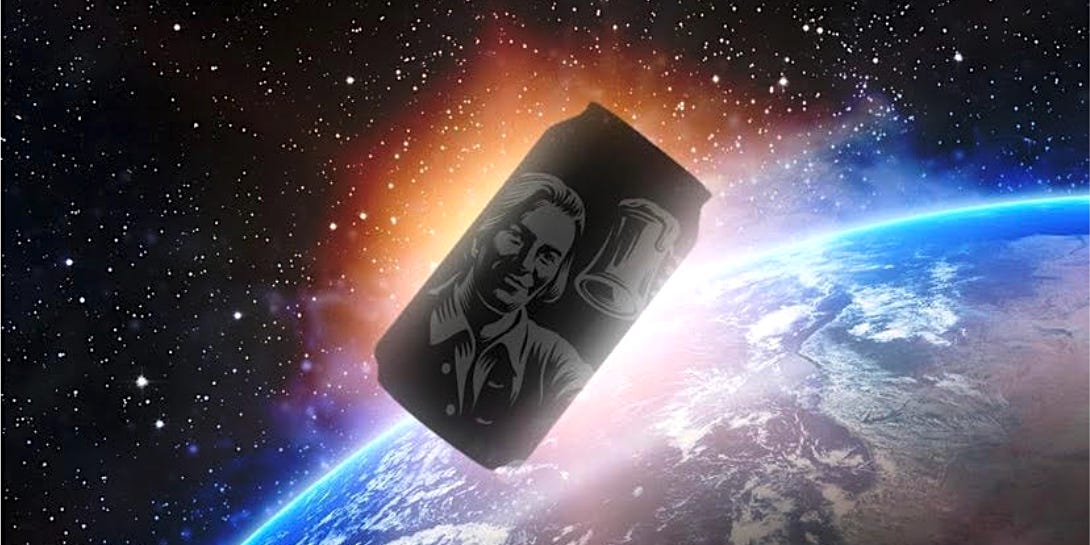 Besides a ukulele, some poetry, and NFTs, the all-civilian crew of SpaceX's Inspiration4 mission also brought along 66 pounds of hops, which will be given to Samuel Adams Boston Brewery to concoct a limited-edition "space beer."

Jared Isaacman, the billionaire owner of Fast4Company funding the Inspiration4 mission, sent a tweet in August calling to auction off the hops load to a brewery to benefit St. Jude children's hospital.

"Space hops! Far out," the Sam Adams Twitter account tweeted back. "We'll take this to the brewery team."

The company got its head brewer, David Grinell, on the phone with the Inspiration4 team prior to Wednesday's launch to iron out the details of the beer production, a spokesperson told Insider.

As part of the hops acquisition, Sam Adams has also agreed to donate $100,000 to St. Jude toward a goal set by Isaacman. Isaacman aims to raise a total of $200 million for St. Jude for pediatric-cancer research.

"We've actually always talked about sending beer to space," Matt Withington, director or marketing at Sam Adams told Insider. "Jared's tweet, and the immediate response from our drinkers, signaled the right moment for us to jump on and fulfill this dream."

Insider calculated the cost to transport a pound of cargo on the Crew Dragon spaceship is about $5,500, according to numbers provided by Space.com. That makes the cost of sending the 66 pounds of hops around $361,000. Sam Adams has not yet determined a price for the brewed beer once the hops come back down to Earth.

This is far from the first crew to take part in this alcohol space race. Coors sponsored an experiment in 1994 to test fermentation in space. Japanese brewer Sapporo produced a $110 six-pack using barley seeds send up to space by Japanese and Russian researchers in 2006. Anheuser-Busch has sent several samples of barley to the International Space Station, the latest in 2019, to determine the effects of microgravity on barley seeds. 12 bottles of Bordeaux wine were also sent to space in 2019, which were expected to be valued at $1 million per bottle.

Scientists and brewing experts are still unsure about the definitive effects of a microgravity environment ingredients used to make beer. One University of Colorado research project found that beer brewed in space can contain a higher level of alcohol than on the ground. The Boston brewery says it is excited to see what kind of beer it can brew with Inspriation4's hops.

The currently unnamed Sam Adams-produced beer, which the company says will probably be a traditional West Coast IPA, will go on sale later this fall, according to the company.

Staff Reporter 8 months ago
previous post next post
We use cookies to ensure that we give you the best experience on our website. If you continue to use this site we will assume that this is acceptable. Ok