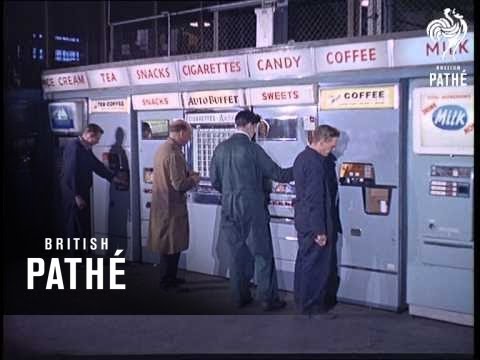 We are in a British pub. You can smell smoke and warm beer. A man is hunched over the pinball machine like a gargoyle, playing with quick, jerky movements. He fails to achieve a winning score, growling with anger against the machine, as if it might be possessed by a malicious spell.

Let's lift the the lid and have a look inside at the machine's cold mechanical guts. A repairman, nearly somnambulant with decades of experience guiding him, is at the ready to diagnose the problem, his young pimple-faced apprentice at his side. The master takes out his tools. He begins turning screws that control the force of the electromagnetic plungers. The tick of the stepper motors penetrating through the machine's metal innards is oddly soothing, even to the master. It is as if he were listening to his own heartbeat.

The apprentice watches the master carefully, but he can't help wondering why the sound is so mesmerizing. Then understanding dawns on him. It's the sound of life.

This familiar opening scene has been replayed countless times in movies and television, and is listed on TV Tropes as "The Interwoven Tableau of Different Planes of Reality, With the Present Moment Being the Illusion, With the Past and Future Being the Only Real Existence." It's used to good effect in this 1964 short film from British Pathé about the rise of slot machines.