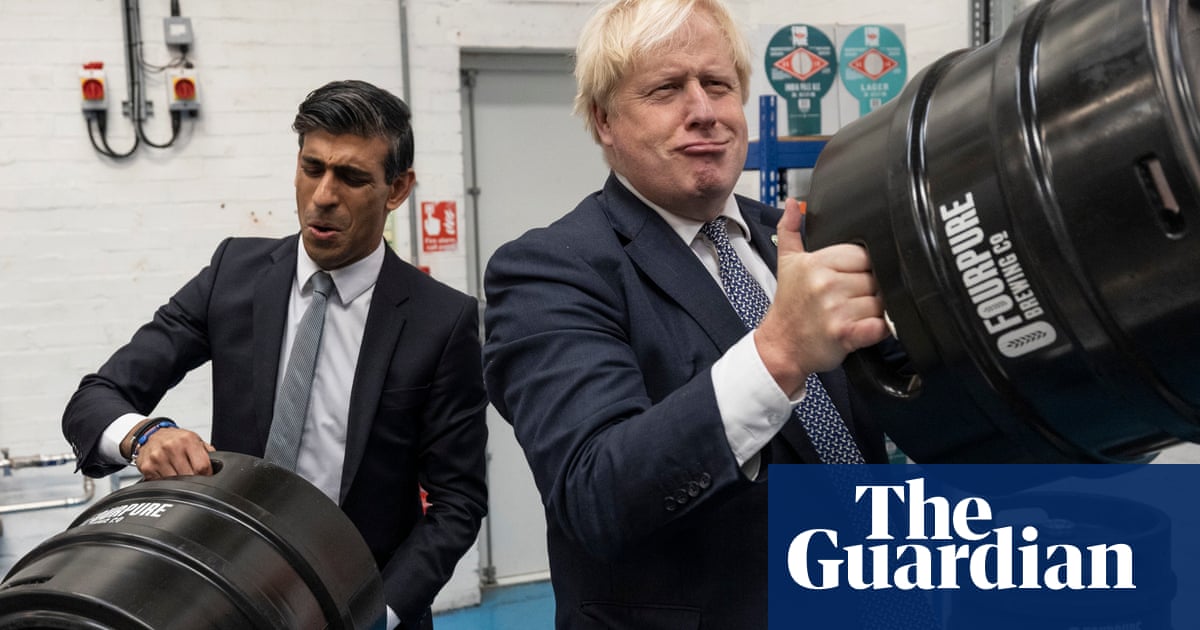 A photocall in which Boris Johnson and Rishi Sunak brandished beer barrels to promote a cut in the duty charged on draught beer has fallen flat, after it was pointed out that the kegs would not qualify for the tax relief under current proposals.

Sunak announced during Wednesday’s budget that the government would reduce the tax levied on draught beer by 5%, cutting the price of a pint by 3p.

Shortly after Sunak announced the “draught relief” policy, he and Johnson visited Fourpure brewery on London’s “beer mile” in Bermondsey, where they were pictured with 30-litre kegs.

But the government’s own proposals state that the reduction, due to come into force in 2023, would only apply to beer sold in containers of 40 litres, prompting claims that the publicity stunt had turned into a “gaffe”.

Daniel Lowe, who founded Fourpure in 2013 before selling it to Australian food and drink corporation Lion in 2018, said: “It’s an interesting choice [for the photocall]. Whether that was an informed decision, who knows.”

“The pictures I’ve seen are 30-litre kegs and wouldn’t qualify under the draught relief announced today, which misses a huge amount of the craft beer industry.”

Lowe welcomed the government’s broader changes to alcohol duty, including simplification of the system and a tax freeze that comes into force at midnight on Wednesday.

But figures in the craft beer world said they hoped the chancellor would expand draught relief to ensure that brewers who sell in smaller kegs would be eligible.

Robert Wicks, who owns Westerham Brewery in Kent, said the photocall with kegs that wouldn’t qualify under current plans was “a bit bonkers”.

“For health and safety reasons, we’ve moved away from 50-litre containers because they’re quite dangerous for one-man breweries, which is what most craft brewers do.”

But he said he hoped the government would now consider expanding draught relief to include containers of 20 litres and above.

“I don’t like beating up politicians for minor mistakes but 20 litres would make more sense.”

“It is a bit of a gaffe but at the end of the day the direction of travel of the policy is right.”

Treasury sources indicated the policy could still change to benefit small brewers before January, when a consultation period closes.