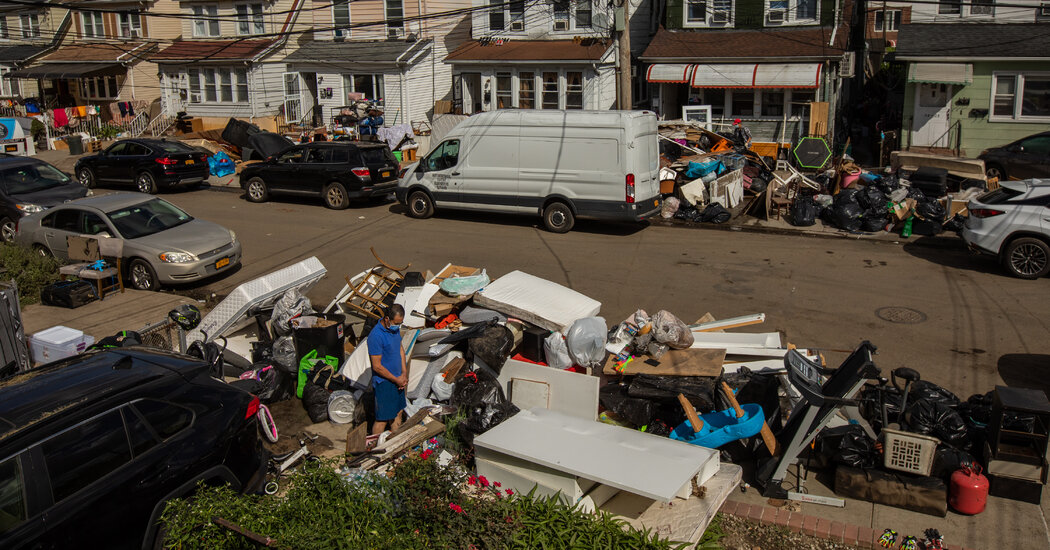 They Put Everything Into Their Homes. Not One Was Spared in the Flood.

The record rainfall from Hurricane Ida appeared to damage every home on one block in Queens, where some families had lived for decades.

The sun beat down on homeowners along 153rd Street in Queens as they hauled waterlogged bags of rubbish out to the curb and placed them alongside heaps of splintered tables, stained mattresses and other vestiges of their lives before the flood.

It was less than 48 hours after the remnants of Hurricane Ida swept through New York City, bringing rushing water that had risen to over six feet, engulfing basements and sluicing through upper floors. Neighbors on the block in Flushing — a stretch surrounded by Kissena Park — had fallen into a quiet, steady rhythm of removing their most treasured belongings and tossing them into the trash on Friday.