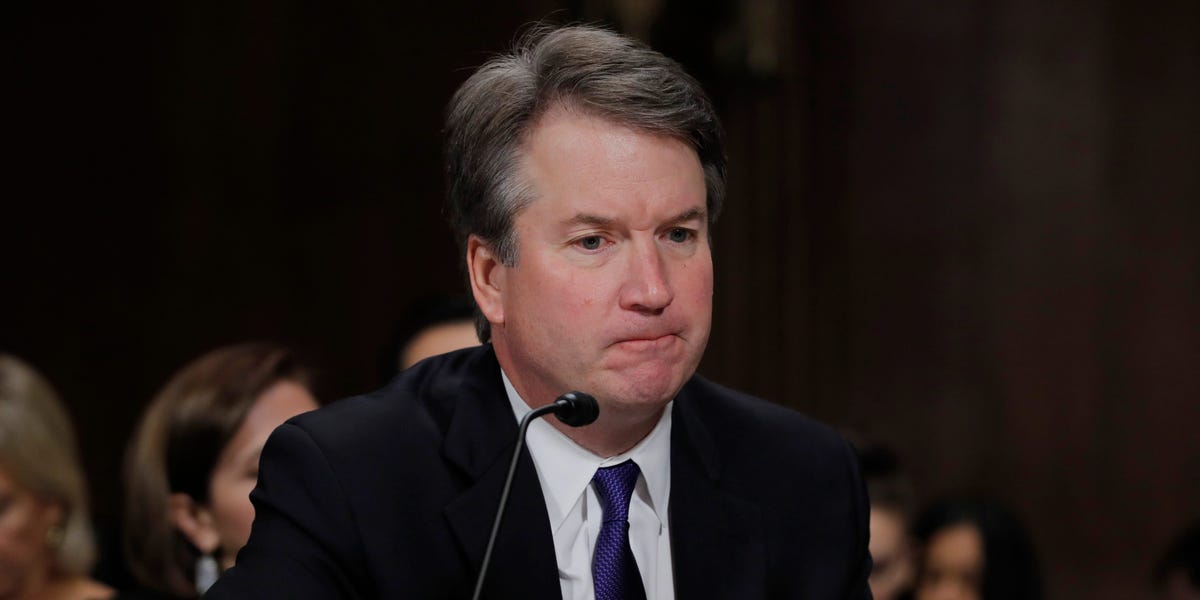 Trump was 'extremely put off' by Brett Kavanaugh's declarations that he 'liked beer' during his Supreme Court confirmation hearings: book

President Donald Trump was "extremely put off" when then-Judge Brett Kavanaugh repeatedly declared that he "liked beer" during his Supreme Court confirmation hearings, according to Mark Meadows' new book, "The Chief's Chief," which came out Tuesday.

Trump nominated Kavanaugh in July 2018 to succeed the retiring Justice Anthony Kennedy. At the time, Kavanaugh was a judge on the US Court of Appeals for the District of Columbia Circuit.

That September, Kavanaugh's confirmation hearings grew highly contentious after a university professor, Christine Blasey Ford, accused him of sexual assaulting her when they were in high school together in 1982.

Kavanaugh denied the allegations that he sexually assaulted Blasey Ford at a party while under the influence of alcohol. In one part of his defense, Kavanaugh centered on his drinking habits in his youth and mentioned that he liked beer around 30 times.

"I liked beer. I still like beer. But I did not drink beer to the point of blacking out, and I never sexually assaulted anyone," Kavanaugh said in his opening statement to the Senate Judiciary Committee on September 27, 2018.

"We drank beer, and you know, so did, I think, the vast majority of people our age at the time. But in any event, we drank beer, and still do. So whatever, you know," Kavanaugh said when grilled by senators about his past.

Meadows, then a North Carolina congressman and close Republican ally to Trump, writes in his new book that the president was "extremely put off" by Kavanaugh's comments about beer.

"We thought that his nomination would be a slam dunk. But when the heat started, that calm façade melted," Meadows writes of Kavanaugh in his book.

Trump was also "disappointed" that Kavanaugh appeared "almost apologetic" during the hearings, which the president viewed as being "weak," Meadows writes.

"If there is one thing for which President Trump has absolutely no tolerance or patience, it's weakness," Meadows writes.

Amid the controversy, Trump also briefly considered dropping Kavanaugh as his Supreme Court pick, according to Meadows. But the president ultimately decided to stick by Kavanaugh, who was confirmed by the Senate in October.