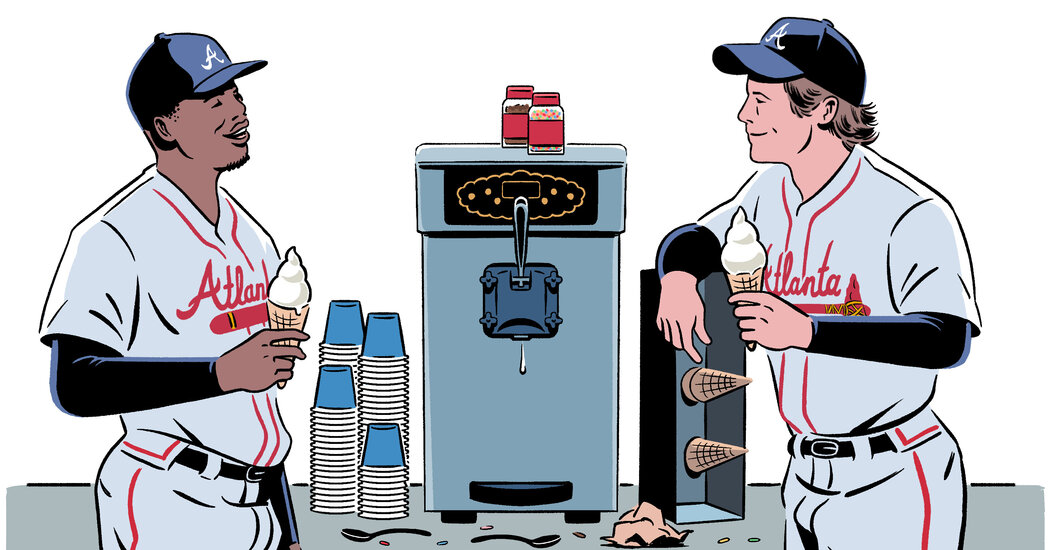 Atlanta has been praised for its shrewd deadline trades. Braves players credit their resurgence to a midseason pickup that produces day after day. 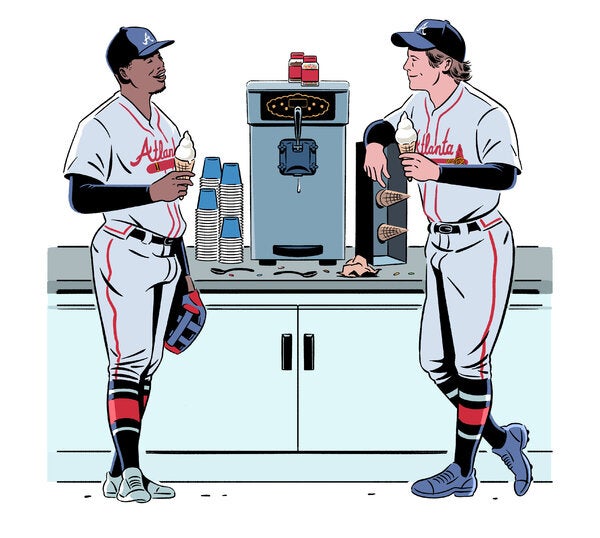 ATLANTA — The Atlanta Braves are making their first World Series appearance since 1999 because of star players at several positions, an underrated pitching staff and shrewd midsummer moves by the front office.

Inside the clubhouse, though, players also point to a secret weapon. It doesn’t field, throw or hit, but it has delivered over and over again. Atlanta’s game-changer in 2021? A soft-serve ice cream machine.

“When they brought that into the clubhouse, it was like magic,” infielder Johan Camargo said. Added the star reliever Tyler Matzek, “It’s just something that we kind of rallied around.”

Sign up for the Postseason Briefing.   Our analysis of the biggest games, story lines and athletes in the M.L.B. postseason, delivered daily.

The story of how a frozen treat invigorated a team that was treading water early in the season begins in Boston in late May. Atlanta was visiting Fenway Park when, during a 9-5 loss to the Red Sox, the team endured a rain delay that lasted nearly three hours.

“We didn’t restart the game until midnight,” Matzek said. “There was nobody in the stands. It was absolutely pouring. We were like, ‘Oh, well, there’s nothing to do, so let’s eat ice cream.’”

The pantry in the visitor’s clubhouse at Fenway has a soft-serve ice cream machine. For reliever Josh Tomlin, it brought back memories of trips to Dairy Queen with his father while growing up in Texas. 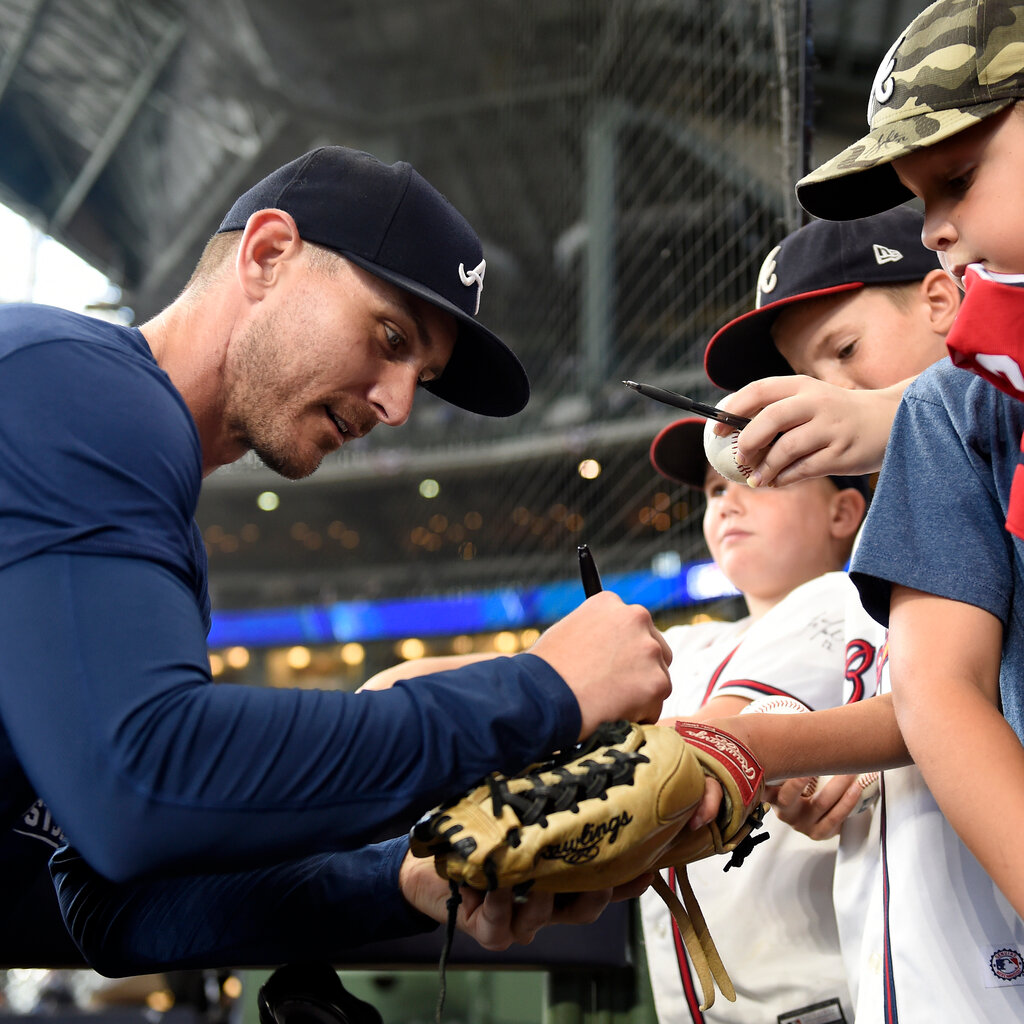 ‘It’s just a cool little something to get your mind off something else. Just go in there and get your ice cream cone and you’re a kid again.’

“It was perfect,” he said. “It had a little chocolate side and had a vanilla side, and a swirl in the middle.”

The 162-game baseball season, not including the playoffs, is arduously long. Players often look for small pleasures to break up the monotony: drinks on the team plane, a silly song to rally around, even a rare home-cooked meal. And who doesn’t like ice cream?

So soon after returning to Atlanta, Matzek said he and his teammates began teasing Calvin Minasian, who oversees the clubhouse at Truist Park, that his Boston counterpart was better at his job. Why hadn’t Minasian, they needled, sourced them a soft-serve ice cream machine?

Minasian knew he couldn’t order such a device without permission. Tomlin, 37, said the players talked things over and tasked the star first baseman Freddie Freeman, 32, the team’s longtime leader and reigning 2020 National League Most Valuable Player, with taking their case to General Manager Alex Anthopoulos.

Anthopoulos said his first reaction was a joking reluctance to go along. “We’re going to have all these guys crushing ice cream and, oh man, they’re all going to be 400 pounds,” he said he told himself. But when Anthopoulos saw the players weren’t kidding, he approved his first purchase of an ice cream machine in his 10 years as a G.M.

“I view this relationship as a partnership,” Anthopoulos said. “We’re not anyone’s parents. So I can joke about stuff like that but these guys are grown men. They’re responsible. Freddie, especially, takes tremendous care of himself. But it’s something they really wanted. And it’s a two-way street, right? We ask these guys as a club for stuff all the time: ‘Can you help us out with this?’ or ‘Can you help us out with that?’”

The requests can range from participating in charity and marketing events to helping vet potential roster additions. A week before Atlanta traded for Cleveland outfielder Eddie Rosario, for example, Anthopoulos called the infielder Ehire Adrianza, a former teammate of Rosario’s in Minnesota, for his perspective. Rosario has since blossomed into an October star.

“If they feel strongly about something, within reason obviously, then sure,” Anthopoulos said, though he joked that “if they said, ‘Hey, we want five ice cream machines, a cotton candy machine and we want this and that,’ of course no.” 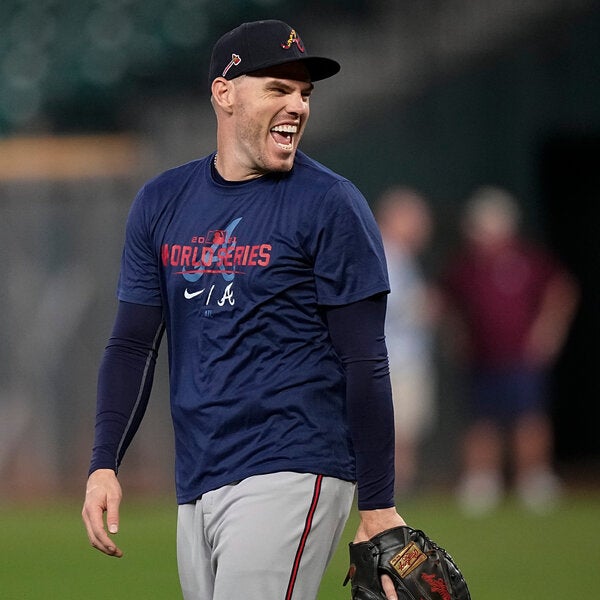 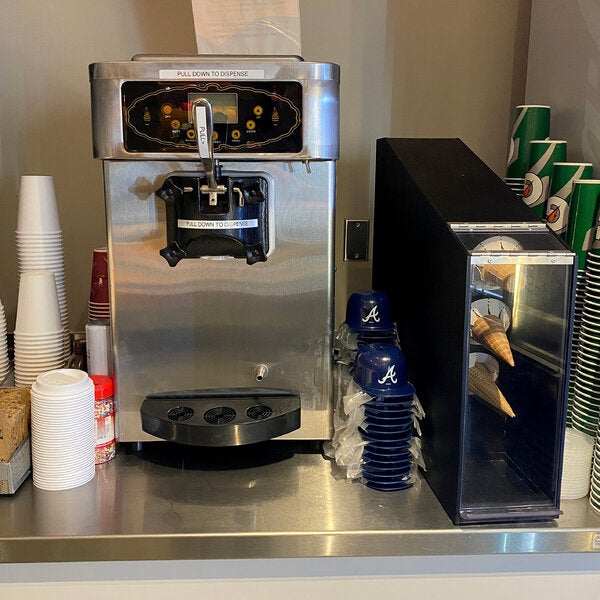 The players said they understood the boundaries.

“Everyone thinks that we eat chicken breast and vegetables every single second of the day,” Matzek said. “I mean, we do. We’ve got to take care of our bodies. But everybody loves ice cream.”

The machine arrived during the second week of June, when the team was a season-low five games under .500. When Anthopoulos finally saw it, he snapped a photo and texted it to Freeman, who replied, “2-0!!!” The team, Freeman was saying, had won consecutive games since the machine had been turned on.

The banter between the G.M. and star soon turned into a running joke. “We’ll be a softball team soon enough,” Anthopoulos messaged at one point. “Anything to win the East!!!” Freeman replied, referring to the team’s division.

A few days later, Freeman texted Anthopoulos to tell him they were now 3-1 with the ice cream. He also sent a photo of himself enjoying a cup of it. Anthopoulos later joked to Freeman that he would get a machine installed in Freeman’s house if the team won its division.

“If you told me I had to spend my own money to buy an ice cream machine to win the N.L. East, I would do it,” Anthopoulos said.

On Sept. 30, Atlanta claimed its fourth straight division title, overcoming injuries to star players such as outfielder Ronald Acuña Jr. and capping a 56-37 stretch fueled, at least in part, by hard-hit balls and soft-serve pulls. Freeman, too, started the season slowly but finished with a .300 average and 31 home runs after a summer tear that also coincided with the arrival of a certain dessert.

(Freeman has so far declined to collect on Anthopoulos’s offer of a personal machine for two reasons: “I watch how much the chefs in the clubhouse clean it and I’m like, ‘I’m good, man’” and “I don’t need my son just pulling down for ice cream.”) 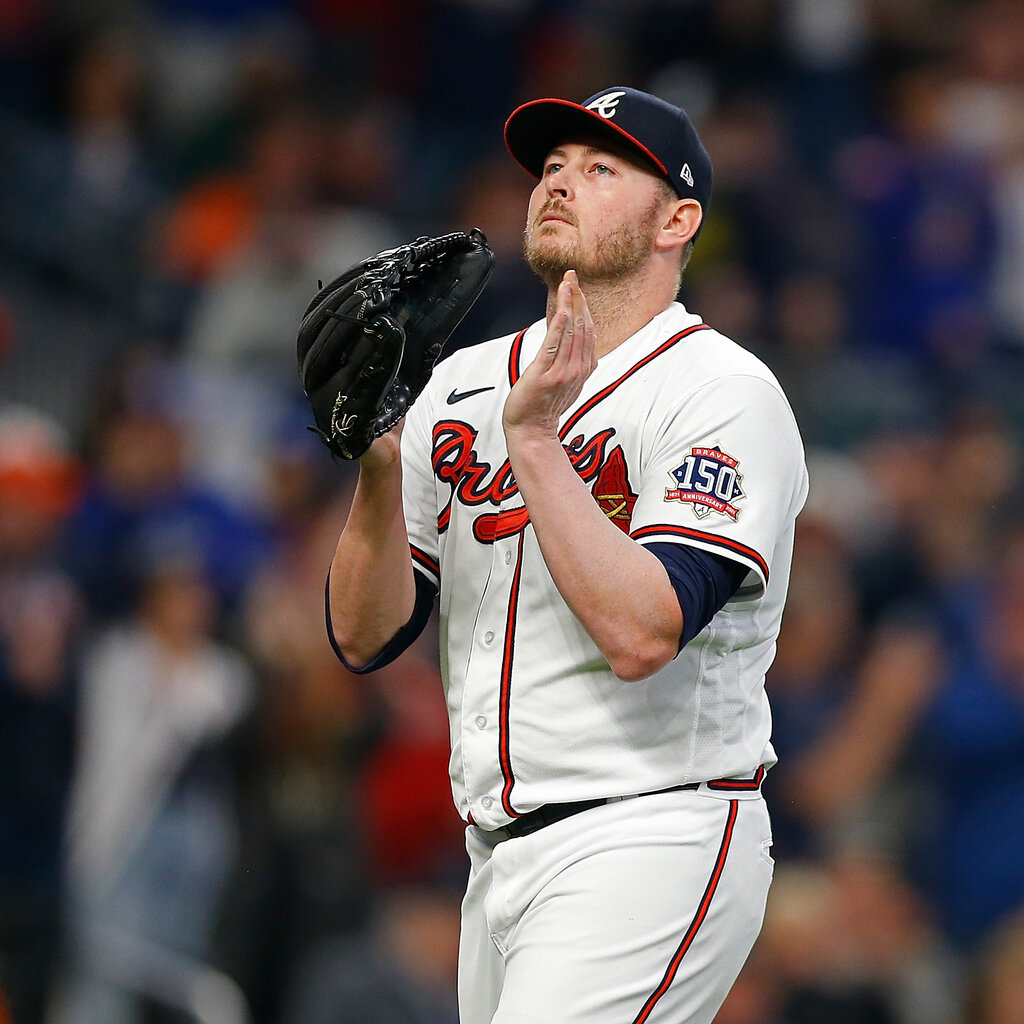 ‘Everyone thinks that we eat chicken breast and vegetables every single second of the day. I mean, we do. We’ve got to take care of our bodies. But everybody loves ice cream.’

Now a beloved clubhouse fixture, the machine has been at the heart of a season full of good memories. Freeman’s oldest son Charlie, 5, and Tomlin have a tradition that started soon after it arrived: After every home victory, Tomlin gives Charlie a small cup of ice cream with sprinkles, from which Charlie takes only one bite. The children of several other players also come into the clubhouse after home wins to enjoy the same treat.

Before every home game, Camargo, 27, said he serves himself a little “to get a taste.” Matzek, another standout this postseason, loves making root beer floats. Everyone has enjoyed the ice cream, even Anthopoulos and his son, and, of course, Freeman.

“You see Freddie over there, sitting cross legged at his locker before a game and he’s munching on an ice cream cone, and it’s funny,” Tomlin said. “That dude is one of the best baseball players in the world and he’s over there eating an ice cream cone.”

Although the Braves’ machine has only one flavor (vanilla), Tomlin commended Minasian for building a sundae bar: chocolate and caramel sauces, sprinkles and small plastic bowls shaped like helmets.

“It’s just a cool little something to get your mind off something else,” he said. “Just go in there and get your ice cream cone and you’re a kid again.”

The legend of the machine grew as the team turned its season around. The Braves didn’t look like a playoff contender when the soft serve arrived and now they’re in the World Series. Said Matzek, “I just know that we got an ice cream machine and we started playing better.”

“You need good players, obviously,” Anthopoulos said, “but I do think you should have an environment that people are happy to come to work every day, whether you’re a baseball player or an executive in an office.”

With three more wins against Houston, Atlanta would celebrate its first title since 1995. If that happens, the Champagne, beer and, yes, the soft serve will be flowing.

Staff Reporter 6 days ago
previous post next post
We use cookies to ensure that we give you the best experience on our website. If you continue to use this site we will assume that this is acceptable. Ok